Welcome!
Welcome to SpeedyVeg, the nutrient that in 2017 is taking the cannabis industry by storm. SpeedyVeg was formed with the idea of creating the most powerful organic macro and micro nutrient found anywhere on the earth that would accelerate cannabis growth at impressive rates. Mission Accomplished! How? After years of testing mineral deposits from all around the world we have produced a powerful low sodium macro and micro nutrient blend combining over 75 trace minerals sourced from plant mineral deposits, sea sourced minerals and ancient volcano deposits.
Some of these deposits date back over 30 million years allowing Mother Nature to do her work breaking down these vital nutrients so that they are perfectly designed for plant absorption and use. By using SpeedyVeg you are reintroducing vital minerals that have been missing in your soil thereby creating an atmosphere your plants can thrive in. It’s as if you are using virgin soil, the perfect growing conditions for your cannabis and that’s the why you can now grow up to 25% faster. 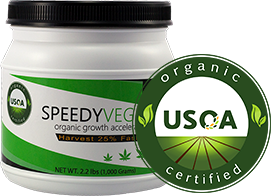 BUY NOW TO GET STARTED!
BUY NOW!
WHY SPEEDYVEG WORKS
To put it in simple terms, the periodic table is a chart of the 118 minerals & elements that make up everything on the planet. Soils become depleted as the plants grow and use these elements for food. Back in the 1920’s farmers began to adopt fertilizing techniques using nitrogen (N), phosphorus (P) and potassium (K) or NPK for short. So for the last 100 years of agriculture, plants have been depleting soils year after year and farmers have only given back to the soil a total of 3 elements out of 118. Farmers wanting larger yields continued to add more and more of these 3 fertilizers until soil toxicity has now become a major issue.
SpeedyVeg contains over 75 different natural trace nutrients the plants are craving during the growing process. And because these nutrients come from nature, there are NO toxicity issues. Because SpeedyVeg makes all of these nutrients available to the plant during critical growth stages, we find that it maximizes the plant’s genetic potential.
What is the periodic table and how does it affect my plants’ growth? 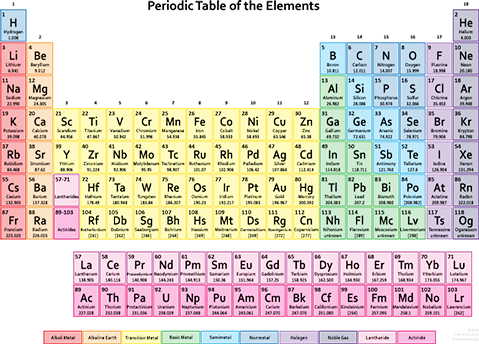 Easy To Use
For hydroponics or potted plants, one 10-gram dose serving (1 scoop) is applied with each watering. For best result, mix SpeedyVeg with 4oz-8oz of water, shake or mix to dissolve and apply directly to soil or into the reservoir.

Quality
Our Company is GMP compliant which means that we test the quality and potency of every ingredient that enters our facility.  You can be confident that when you purchase SpeedyVeg you are buying a superior product at a more affordable price.

Organic SpeedyVeg
Organic SpeedyVeg is certified organic by the U.S. Organic Association—one of the most rigorous organic verification credentials in the world.  What this means to you is that you are not introducing any unknown or harmful chemicals to your plants.

Buy Direct
We are the manufacture of SpeedyVeg and not just a distributor that puts a label on some other manufacture’s product.  You are purchasing directly from the manufacture allowing us to cut out the middle man so you can enjoy huge savings.

Free Shipping
SpeedyVeg is shipped for FREE to any address located in the United States.  Other companies charge up to $15 per bottle for shipping.

Contact
Our Company is extremely easy to reach before and after the sale.  If you have any questions, you can call us directly at 801-644-7283 or you can email us at [email protected]
Growing Tips
Easy Directions
Easy To Use For hydroponics or potted plants, 10-grams or 1 scoop per plant is applied with each watering. For best result mix SpeedyVeg with 4oz-8oz of water, shake or mix to dissolve and apply directly to soil or in the reservoir.
Using SpeedyVeg with NPK’s
Some growers prefer organic nutrients only, others like to use a combination. Many times growers are happy with their results using (N,P,K) and are only using SpeedyVeg to further improve their results. In that case don’t change any of the (N,P,K) feeding schedules, just add SpeedyVeg everytime you water and watch how “speedy” you get to “veg” then to harvest!
SpeedyVeg - How to use SpeedyVeg
Special Offer Show us your plants results in just 21 days
Explore More

What does it mean to “Maximize the Plants Genetic Potential?

If you are growing hay it means nutrient rich hay with more bales per acre. If you are growing cannabis it means large healthy plants that mature 25% faster with higher THC levels. That’s what maximizing the plants genetic potential means. It means your plant now has all of the nutrients it needs to do its job and grow the way mother nature intended it to. For example, if a strain of cannabis regularly tests a 20% level of THC, our growers would expect THC levels to be 22% or more.

SpeedyVeg is “Old School & High Tech” at the same time!

As we said above, Scientists believe that SpeedyVeg was created 30 million years ago when an ancient volcano erupted and filled a seabed with plant matter. If that is not “Old School” what is? On top of that our company, “NuTech-Agriculture” has combined a nanotechnology when processing SpeedyVeg.

Basically our technology breaks down the 80 plus nutrients from its original and effective dust size to even 1000-times smaller than that, making it more easily absorbed by the plant on the cellular level. It’s as if there was a protein weightlifters could rub on their skin and, as it’s absorbed through the skin, the muscles immediately grow. That’s virtually the kind of impact and absorption SpeedyVeg nanotechnology has on plants.

How is SpeedyVeg different from fertilizers?

Most conventional fertilizers contain mainly Nitrogen (N), Phosphorus (P) and Potassium (K), which are called macronutrients. Plants require macronutrients in large amounts. NPK are only three of the essential nutrients required by plants. When choosing a fertility program, growers often neglect trace minerals and focus primarily on NPK. For plants to complete their life cycle and produce at full potential, a wide range of trace minerals is necessary; SpeedyVeg contains a wide range, from A to Z. SpeedyVeg is a natural mineral element, and does not harm the environment. SpeedyVeg is 100% natural. 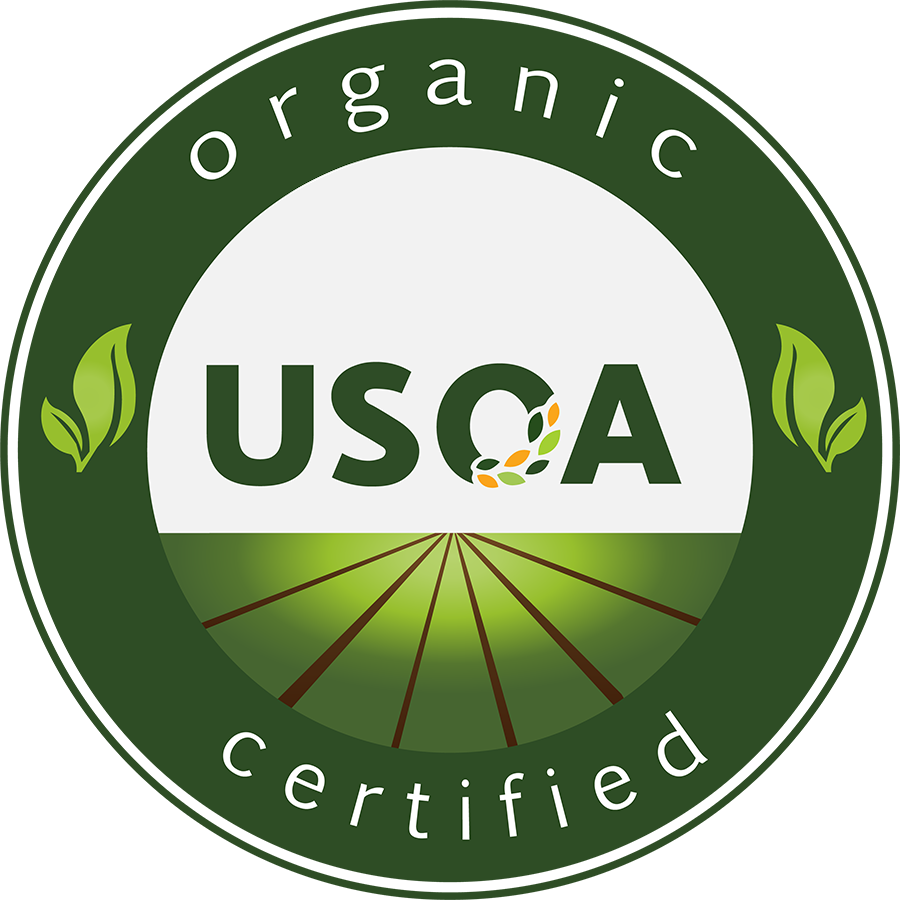 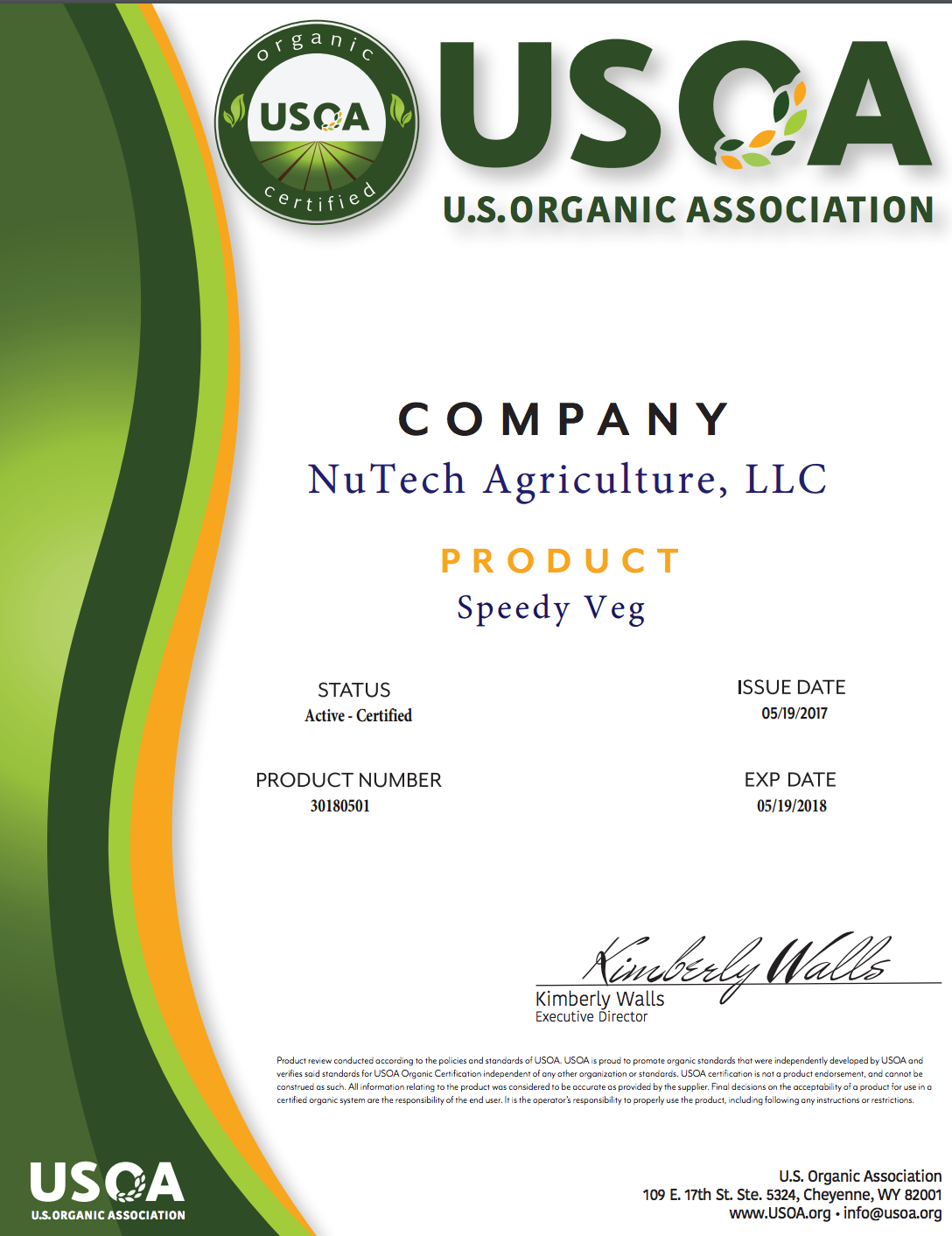